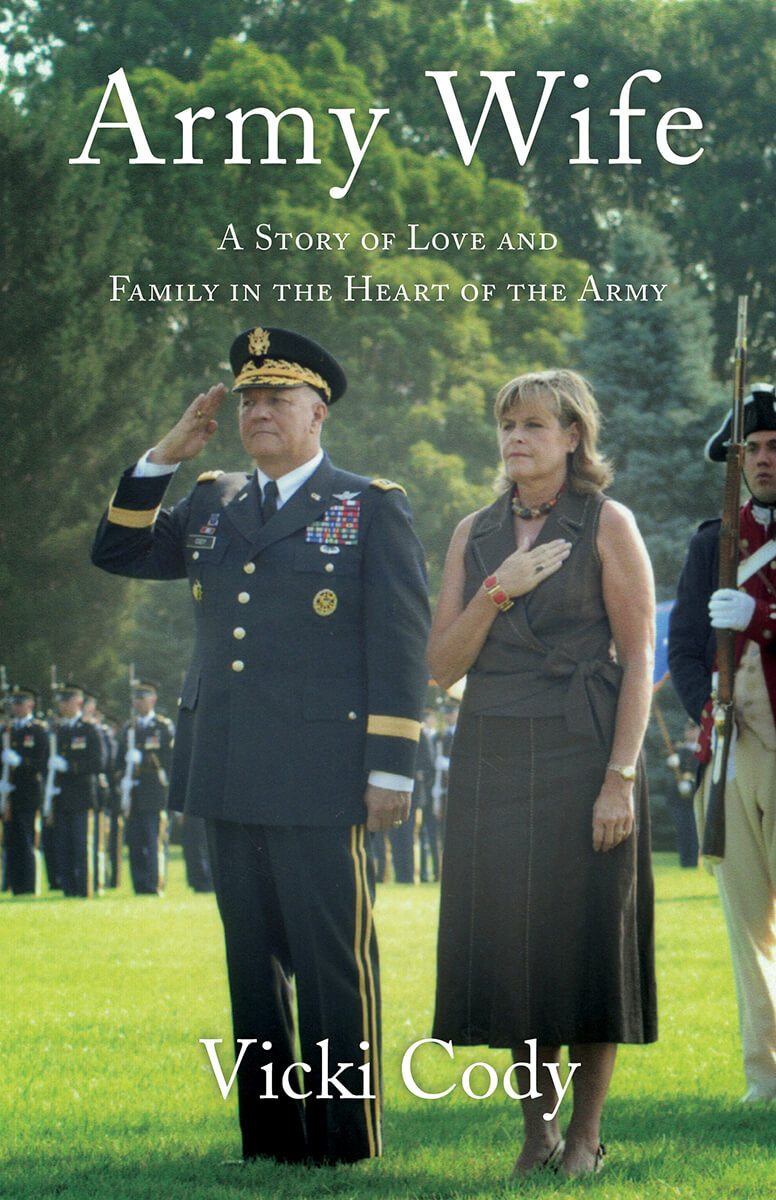 It is four in the morning, and a cold rain is falling at Campbell Army Air Field as I stand on the tarmac, juggling an umbrella and a hand-made ‘welcome home’ sign, trying to stay dry. I am in a crowd of hundreds of other families, all of us waiting for the chartered 747 that is bringing our soldiers home from combat. I can see tiny lights in the distance; it’s hard to tell how far out the plane is because of the darkness and the rain, but it looks like it’s on a long final approach.

Both of our sons, serving in the same aviation brigade with the 101st Airborne Division, have been deployed to Iraq; the oldest one, Clint, has been gone for twelve months and will hopefully come in next week. Our youngest, Tyler, arriving on this plane, has been gone for six months.

I am oblivious to the rain, to the cheering crowd, to everything except my husband on one side and our daughter-in-law on the other. I look at Brooke and am overcome with emotion for what she has been through this past year. She and Tyler had been married just three months when he left for Iraq. She is not only a newlywed but also a brand new Army wife. An Army wife myself, I know exactly what she is feeling, for I, too, have experienced deployments as a young wife— though in a different war, a different time in history. But this time, as the mother of two soldiers, I’m in uncharted territory.

Dick, my husband of almost thirty years, gray now, but still the handsome man I fell in love with so many years ago, is in uniform, just like his sons. And those stars on his beret . . . I can clearly remember when he had a gold lieutenant’s bar on a green field cap instead. I adore this man beside me—so stoic, yet I feel his excitement and see the emotion on his face and the pride in his eyes. We are soul mates and always have been. There’s never been a day in these past thirty years when I haven’t felt his love for me and he my love for him. We’ve become even closer these past couple of years, when he’s been “stuck” back at the Pentagon while his sons were deployed. It has been diffcult for both of us, but especially for Dick, in part because as he moved up in rank and position and became the vice chief of staff of the Army, our sons, just beginning their careers, began deploying. To be not just the number two guy in the Army, making decisions that affect hundreds of thousands of soldiers, but also the father of two of those soldiers, puts Dick in a tough position. Where he really wants to be is in the combat zone with all of them, flying an Apache helicopter, like he did in the first Gulf War. But that’s not meant to be this time. Instead, in this war, his sons are flying Apache helicopters in his old brigade in the legendary 101st. Even as Dick sits this one out, though, he knows that he and his two sons will be forever linked by the Screaming Eagle combat patch that each wears on the right shoulder of his uniform.

I’m flooded with memories of standing on this tarmac, at this airfield. So many times, the boys and I waited here for their dad to return home. Now, I think, There’s nothing better than welcoming your husband home from war—nothing except welcoming your sons. It feels almost strange to have Dick by my side, waiting for the boys.

The plane touches down, and the crowd erupts in cheers. Tyler and a few hundred soldiers are home safe, at last! Tears stream down my cheeks, and I wonder if the people around me can hear my heart pounding.

We watch as the plane taxis toward us in slow motion. After what seems like an eternity, the soldiers start walking down the steps of the plane to the exuberant, flag waving crowd. Brooke and I stand on tiptoe to try to get a glimpse of Tyler. It takes forever, as he is toward the back of the plane. And then we see him! All I can think is, I don’t ever want to forget this feeling. It’s pure joy. Tyler is home, and in one more week Clint will be home and I will feel whole again, my family complete.

The next minutes are chaos as families run up to greet their soldiers. We find Tyler in the crowd, and as I watch our son with his wife, I can’t help but feel blessed, wondering how we got so lucky. How did Dick and I manage to stay in love all these years, raise two wonderful sons, and never lose sight of what is important to us and what is important in life? We’ve been through a lot in our thirty years of marriage, yet I wouldn’t change a thing or trade places with anyone.

So I begin my journey back in time, with the luxury of hindsight: to find out how and why my marriage and family have survived, when so many around me have failed. How did we make it through not only what life in general threw at us but also what Army life dumped on us? As a brand-new Army wife, heading to Hawaii to begin my life with Dick, I was so naive—not so much about marriage as about being married to a soldier and all that meant. Then again, aren’t we all naive when we’re young and in love?

I had no idea how the Army would dictate and determine our fate, pull us in different directions, and test our relationship, over and over again. That it would be the source of some of our biggest stresses and fears and, at the same time, our greatest joys. at for all of the challenges we faced, we would experience great satisfaction; for every downside, we would find an upside; for every separation, there would be a reunion. Over time, I would learn to embrace Army life, with all of its unique qualities, idiosyncrasies, flaws, and difficulties, because those very things made me stronger as a wife, as a mother, and as a woman. It made us stronger as a couple and as a family. We would experience the adventures together, and on my own I would learn independence and self-discovery. I would learn to feel pride that I never knew was possible—pride in my husband, our sons, our Army, and our country. Army life would teach me not only how to live in the moment but also to cherish and relish the ordinary moments as much as the extraordinary ones. Army life—the people, the places, and the experiences—was what helped shape all four of us.